Have you ever fallen for those Spanish words that look like English words but actually mean something completely different? At the earlier stages, most learners tend to see — and rely on — the similarity between some Spanish and English words. This happens because both languages have a lot of words with Latin roots, which can help you understand basic words and sentences in any Latin-based languages.

However, while there are many words that look similar and have the same meaning in the two languages (accident/accidente, for example), there are several Spanish words you may think you can figure out that will trip up even the most advanced learners. These are Spanish-English false friends or false cognates. That is, Spanish words that look like English words but mean something different. 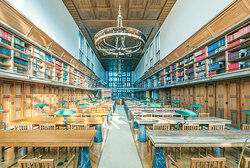 Here are 25 Spanish-English false friends for you to watch out for:

The first pair of false friends in this list is one of the trickiest: actual and actual — identical spelling but different meaning. The Spanish word can be translated as current or present. The English word is, in most cases, translated as verdadero meaning “real” or “true,” or de hecho meaning “in fact.” This is a wild one.

These two verbs look awfully alike, but, as you will find out, mean completely different things. Asistir in Spanish means ‘‘to attend,’’ not “to help.” If you want to say assist in Spanish ayudar is the verb you need. Who would have thought?

Realizar - to carry out, to perfom
Realize - darse cuenta

Realizar in Spanish means ‘‘to carry out’’ or ‘‘to perform’’ whereas realize in English has to do more with being aware of or knowing something. For this meaning, you need darse cuenta in Spanish.

If there is a word pair that screams false friends it’s this one, their meanings are so different! The Spanish word la carpeta means folder or binder. If you want to talk about a carpet the word you need in Spanish is la alfombra.

The Spanish word resumen has nothing to do with returning to an activity after interruption, and although in the US a resumé is a summary of your work history, it does not refer to job seeking either. In Spanish, you say resumen simply when you’re talking about a summary.

So you want to get a book. You might think the local librería would be the place to borrow a book, but la librería in Spanish is a bookstore. If you want to borrow books for Spanish practice, you’ll want to got to la biblioteca.

In tragic situations, you may need to talk about a person or thing injured or killed. You may feel tempted to use the Spanish word casualidad. Don’t. This word means coincidence. How about that?

Do you want to participate in a contest in a Spanish-speaking country? Well, make sure you tell people you want to enter el concurso. Contestar is normally translated as “to answer.”

These two words can sound very confusing. In Spanish, cuota means “fee.” If you want to refer to a quote or cite someone’s ideas or words, the Spanish word you need is la cita.

Quitar - to take away, to remove
Quit - dejar, renunciar

Wouldn’t it make sense if quitar meant to quit? Sadly, that’s just not the case. Quitar means ‘‘to take away’’ or ‘‘to remove.” This one may be understood if you were talking about removing yourself from your job, perhaps?

Do you want to question someone else’s sanity? If so, you might think using the adjective sano is the right choice. It isn’t. Sano means healthy, which, of course, can be related to mental health but still, isn’t the word you need. That’s cuerdo.

This one is for your own personal Spanish learning records, as you probably won’t need to ask for rope often, but la ropa is not even remotely related to a rope. It means clothes.

This word pair should be inducted into the false friends hall of fame. Sensible, in Spanish, means sensitive. If you want to talk about a sensible person with the English meaning, use the word sensato.

At first glance, you would think that largo must be the equivalent of large. Guess what? It’s not. In Spanish, largo simply means long. When you want to use large, think of your morning coffee and go grande.

The difference between these two words is just one letter. They should mean the same thing, right? Wrong. Idioma in Spanish means language, so if you want to talk about a funny idiom you heard, you have to use el modismo.

Lots of Spanish learners confuse these two because of their obvious resemblance. While both words have to do with education, they are used in different educational stages. Colegio in Spanish doesn’t mean college, it means high school. Do you want to talk about college? Use universidad instead.

Say you’re reading an article in Spanish and come across the word empresa. It looks familiar, doesn’t it? You may think it means Empress. Actually, empresa means enterprise.

If you’re going to buy groceries with your Spanish-speaking friend you want to get el abasto. You don’t want to use grosería, rudeness or a curse word, in public. If you avoid the grocery store on Sundays because it’s too crowded, then the word you want is supermercado.

Who doesn’t like watching cartoons? In Spanish-speaking countries, they are called los dibujos animados. The word cartón means cardboard.

Lies are everywhere. In Spanish, for example, the word decepción doesn’t have anything to do with deception. Actually, it means disappointment. Are you a little disappointed now?

These two are nothing short of special. If you see the word intoxicado in Spanish, you are probably tempted to think it is related to alcohol or being drunk. It isn’t. This Spanish word is related to food poisoning.

Food-related mix ups are always the best. In Spanish, you can go ahead and eat la sopa, since it means soup. Do you need to use the soap? Then use el jabón.

If you hear parada in Spanish it’s not referring to people wearing costumes, it means stop. If you want to see the people parading in fun outfits, then you’ll have to go to el desfile.

This is a good word pair to end on. When introducing your friends to other people, you will probably go into in your Spanish words storage and think, yes, introducción is the right word to use. Wrong. Introducción is only the right choice if you are talking about the introduction of a book. For introductions, presentación is the word you want.

These are just some of the most common Spanish-English false friends. Watch out! There are tons of these words and they want you to fall prey to them.

This list is a good starting point, but always make sure you’re double checking every new word you learn. While you're at it, feel free to review these Spanish Grammar Rules!