As a Spanish learner, you probably feel confused every time you come across certain words that seem designed to make learning the language harder. For example, words that are pronounced the same, but mean completely different things or words that are related in terms of meaning, yet are used in very different situations. Don’t feel embarrassed, though. These confusing Spanish words can even trip up native speakers and the most advanced learners.

As a rule of thumb, always double-check every new word you learn before you try it out in conversation. Remember, in Spanish, just as in English, there are words that you will stumble over. Although not comprehensive, this list contains some of the most commonly confused Spanish words and tips on how to use them correctly. 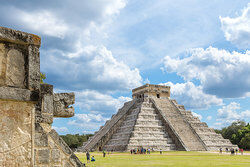 Conocer and Saber - to Meet and to Know

Conocer is a very useful Spanish verb. It means “to meet” or “to know” depending on the context. The most common meaning of conocer in any context is to know someone personally. It can also be used to talk about meeting someone for the first time, and to show that you have been to a certain place in the past or have some knowledge about it.

Conozco a tus padres. - I know your parents.

Tip: when used to talk about having an acquaintance with someone, conocer will always be followed by the preposition a and a direct object (a person).

Conozco México. - I’ve been to Mexico.

To confuse matters, saber can also be translated as ‘‘to know,’’ in the sense that it means knowing information. Also, saber is used to talk about learned abilities such as ‘‘to drive’’ or ‘‘to speak a foreign language.’’

¿Sabes cuántos años tengo? - Do you know how old I am?

Tip: saber is often accompanied by question words such as qué, quién, dónde, cuántos, among others.

These are probably some of the most troublesome words to remember for both native Spanish speakers and Spanish students. The problem stems from the fact that all three words are pronounced pretty much in the same way.

Allá is an adverb of place. It means ‘‘there.’’

Mis llaves están allá. - My keys are there.

Tip: it is always accented.

Haya is a verb. According to Real Academia Española (RAE) it can be the first- or third-person singular of haber in the subjunctive mood.

Tip: it is usually found in perfect tenses.

This tricky word pair is also a pain in the neck of many Spanish-speaking people around the world as it is pronounced in the same way but has a very different meaning.

Cazar is translated as ‘‘to hunt.’’

Tip: always written with a Z.

Casar, meaning “to marry,” is often used as a reflexive verb (casarse). These are two words you don’t want to mix up!

Yo no quiero casarme. -- I don’t want to get married.

Por and Para - For

These two words are difficult because the difference between them is very subtle.

Para is a preposition. It is often used to indicate purpose. It also means “in order to,” “for the benefit of,” or “in the direction of.”

Este regalo es para ti. - This gift is for you. (the benefit of)

Voy para México. - I am heading to Mexico.

Tip: it is often used with destinations, recipients, deadlines, and goals.

Caminé por las calles de Italia. - I walked through the streets of Italy.

Tip: it is used with travel, communication, duration, and motivation.

The problem with this word for Spanish learners is that it looks similar to the English adjective embarrassed, but embarazada actually means pregnant.

Ella está embarazada - She is pregnant

Tip: avergonzado is the Spanish word you want when you feel embarrassed.

Coser and Cocer - to Sew and to Boil

Should you write it with a “c” or an “s”? That is always the question.

Necesitas cocer el pollo. - You need to boil the chicken.

Haz and Has – To Do (Imperative) and to Have

Another tricky verb pair. Spanish native speakers still confuse these two words, which are, in fact, very different in terms of use.

Haz is the imperative form of hacer ‘‘to do.’’

¡Haz tu tarea! - do your homework!

Has is the second person tú form of the helping verb haber.

¿Has encontrado el libro? - Have you found the book?

Tip: has with “s” is always followed by a past participle.

Ves and Vez - To See and Time

Writing these two words can be a nightmare. In Latin America, they are pronounced the same.

Ves is a conjugated form of the verb ver ‘‘to see.’’

Vez is a noun that refers to time.

He ido a Francia una vez. - I’ve been to France once.

Tip: if you are using a verb, always write it with an “s.”

The Right Word at the Right Time

This list could go on and on. The important thing is that you understand the uses of each word and take the appropriate time to practice it as much as you can. Also, use the tips given above to make sure you are using the right word every time you see it.