Today's the day! Today's the day you'll learn to say what day it is in Spanish. Whether you're learning Spanish for fun, for work, or for some other reason, chances are sooner or later you'll find yourself in a situation where you need to say or understand a date. 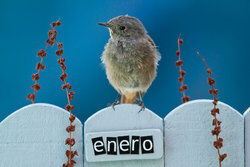 It could happen while you're writing an email for work or while you're planning a trip. Whatever the situation, you are going to want to make sure you get it right, so it's time to review the basics and avoid any possible misunderstandings.

Months and Days of the Week in Spanish

Before getting into the structure of Spanish dates, there is some vocabulary you'll need to review, and going over the days of the week is a good place to start:

All the days in Spanish are masculine so, when necessary, pair them with "el". For example, if you want to tell your friend you will see her on Sunday, you should say:

The same goes for fin de semana and día de semana, but not for semana, which you should refer to as la semana.

Once you know the days of the week, you’ll want to move on to learning the vocabulary for talking about months and the year in Spanish:

Keep in mind that neither days nor months are capitalized in Spanish (unless starting a sentence or in other appropriate circumstances).

Writing the Date in Spanish

Once you know the basics, you can start putting things together for complete dates.

One important note is that, unlike in American English where the month is written before the date in numeric abbreviated date form, the standard format for dates in Spanish is day/month/year (forward slashes, dashes and full stops can all be used to separate the day, month and year). This means that, in short form, December 31, 2017 is written 31/12/2017.

But what about writing dates in long form? Fortunately, this isn't too complicated. Spanish uses the preposition "de" between the day and the month and "del" (a combination of "de" and the article "el") to join the month and the year. If you want to mention the day of the week, you simply write it before the date. Take a look at some examples:

Notice how the last date uses "de" instead of "del" before the year. This is because, with dates prior to the year 2000, "de" is often preferred.

Saying the Date in Spanish

Saying the date in Spanish is not much different from writing it. Once again, you will use "de" and "del" before the month and the year, but this time you will need to know how to read the numbers.

Just in case, let's take a look at how you should read every day of the month in Spanish:

You will also need to know some bigger numbers if you want to say the year. The following list covers the
next decade:

Combine the days, months and years with the following formula and you'll be able to say any date:

Of course, you'll rarely say these dates on their own, so let's finish off by taking a look at some useful expressions you may use while discussing dates:

What are some important dates in your life? Practice saying them in Spanish and you should master Spanish dates in no time!