If you are expecting a bundle of joy wrapped in pink soon, you might be looking for a list of popular Spanish names for girls. Or perhaps you are a woman learning Spanish and have been tasked with choosing a “Spanish name”? This list of girl names in Spanish will help you choose something both beautiful and meaningful. 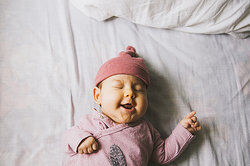 Here is a list of 20 of the most popular girl names in Spanish. Certain names like Sofia, Isabel and Olivia have surged to the top of the charts over the last few years while others, such as María and Laura, are classics and have remained popular choices for decades. There are also a few spunky and exotic names, such as Ariana and Maya, which made it onto the list.

Other Popular Girl Names in Spanish

These names, although not on the top 20 list, are still strong in popularity among Spanish speakers. Here you will find a variety of classic names like Renata and Antonia, as well as more modern ones like, Zoe and Alexa.

Now that you have a variety of lovely Spanish girl names to choose from, you can pick the perfect one for yourself or for your little girl.