If you’re looking to learn a new language, Spanish will come in handy in many parts of the world. According to a recently published article by the BBC, there are 437 million people who speak Spanish worldwide and currently ranks #3, after Chinese and English, as the most spoken language in the world. According to worldatlas.com there are a total of 21 countries where Spanish is the official language. 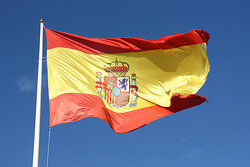 Countries where Spanish is the official language

Population: 43.4 million
Location: South America
Argentina’s European-inspired city of Buenos Aires as well as its natural wonders such as Iguazu Falls and Patagonia attract hoards of visitors from around the world.

Population: 18 million
Location: South America
Chile is one of the most geographically diverse countries in the world. You can spend the weekend sipping Shiraz in the trendy bohemian neighborhoods of Santiago, trekking up a glacier, around a volcano or through the desert, or admiring the mysterious Moai statues on Easter Island.

Population: 48.2 million
Location: South America
Colombia has since reinvented itself since the days it was overrun with drug cartels. The nightlife of Bogota and Medellin is sizzling with salsa clubs while the more romantic, Cartagena, remains a more tranquil getaway.

Population: 4.8 million
Location: Central America
Costa Rica is incredibly rich in biodiversity ranging from exotic plants to sea animals to other wildlife. The country also produces some of the best coffee in the world.

Population: 16 million
Location: South America
Thousands of visitors flock to Ecuador to catch a glimpse of the famous Galapagos Islands which is home to many unique species.

Population: 6 million
Location: Central America
Although once considered dangerous for tourist during its civil war in the 1980s, El Salvador is an up-and-coming tourist destination for surfing, hiking volcanoes, visiting Mayan ruins and exploring the black sand beaches of El Tunco.

Population: 845,00
Location: Africa
In the tropical rainforests of Monte Alen, you can see a slew of animals such as chimpanzees, gorillas and elephants.

Population: 16.4 million
Location: Central America
The enchanting, colonial town of Antigua attracts foreigners from all over the world looking to learn Spanish. Famous sites include the tranquil Atitlan Lake and the impressive Tikal ruins.

Population: 120 million
Location: North America
From the urban metropolis of Mexico City, to the Mayan oasis of Oaxaca, to the beaches of the Yucatan Peninsula and a UNESCO World Heritage cuisine, millions of tourists travel to Mexico every year and many others, especially Americans, have decided to call this diverse country “home.”

Population: 6 million
Location: Central America
Nicaragua is unique in that it touches both the Pacific and Atlantic Oceans. Volcano-boarding down Cerro Negro and exploring the cobblestoned streets of Granada are two of the country's most popular activities.

Population: 4 million
Location: Central America
Known as the “Crossroads of the Americas,” the Panama Canal is an important link for international, maritime trade. Aside from the canal, Panama offers lovely beaches, volcanos and nature parks as well as manufactures a special coffee grown from volcanic soil.

Population: 6.6 million
Location: South America
Paraguay is landlocked between Argentina, Bolivia and Brazil. Due to its harsh geography, poverty and few paved roads, it is one of the least visited countries in South America.

Population: 31.4 million
Location: South America
Peru is the heartland of the great Inca-empire. Visit the gastronomical hub of Lima, the mesmerizing sight of Machu Picchu and the vast Lake Titicaca, one of the largest lakes in the world with no ocean outlet.

Population: 46.6 million
Location: Europe
The land of tapas, wine, beaches flamenco and eclectic festivals, like Running of the Bulls, Spain offers a little something for everyone and remains a staple travel destination for tourists around the world.

Population: 31 million
Location: South America
With the current political unrest in Venezuela, tourism has almost come to a complete halt. Venezuela is home to Angel Falls, the highest waterfall in the world.

Location: North America
According to the New York Post, the US has now surpassed Spain in Spanish speakers. “There are 41 million native Spanish speakers living in the US today and another 11.6 million people who are bilingual.”

Belize was once a colonized, British territory and when they gained independence, English remained its official language. However, due to it’s location, Spanish is the second most spoken language in the country. According to worldatlas.com, about 57% of the population speak Spanish.

Other places in the world where Spanish is widely spoken

According to topuertorico.org, although Puerto Rico is a US Territory, Spanish is the predominant language used. Surprisingly, “fewer than 20% of Puerto Rico’s population speak English fluently.”

*Note: populations were obtained from www.worldbank.org*

Speak Spanish Around the World

There are a vast array of Spanish-speaking countries full of natural wonders, world-renowned cuisines and breathtaking cities. Where will you start your next great adventure?