Part of speaking a second language means being able to describe people, things, situations, feelings and emotions. Therefore, it is imperative to have a good understanding of adjectives. This article will explain the most important things you need to know about the use of adjectives in Spanish. 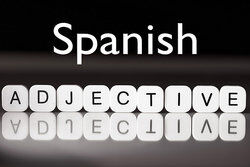 What Is an Adjective?

An adjective, or un adjectivo, is a word that describes the characteristics of a noun. For example, in the sentence, “My older brother goes to high school” or, Mi hermano mayor va a la prepa, the word “older,” or mayor, is the adjective because it describes your brother.

The endings of adjectives must agree with the nouns they modify in both gender (feminine or masculine) and number (singular or plural). There are two types of adjectives:

Adjectives that end in -o

For adjectives ending in -o, you can simply change the -o to an -a when the noun is feminine, as well as add -s to pluralize. For example:

Adjectives that end in everything else

In Spanish, most adjectives come after the noun they modify. For example:

Of course there are a few exceptions to the rule. There are some instances where you place adjectives before nouns.

Adjectives with the Verbs Ser and Estar

The two most common verbs you will use to conjoin nouns and adjectives are ser (to be - a permanent state) and estar (to be - a temporary state). Here are a few examples:

Spanish is an incredibly descriptive language and so it would be impossible to cover all of the adjectives in the Spanish language in just one post. However, here are some of the most common adjectives you will need to know.

Colors are some of the most commonly used adjectives. Learn the basic colors in Spanish.

Now that you have a basic overview of adjectives in Spanish, you are all prepared to describe everything around you!