Overview of the Personal A in Spanish

Have you ever thought why there is an “a” placed after some verbs in Spanish? If so, chances are you are actually paying attention to the sneaky little words this language is riddled with.

First, it is important to remember that the word ”a” can be used in different situations and in different ways, some of which are as simple as the Spanish contraction a + el = al or as tricky as the personal “a.”

If English is your first language, you might have trouble understanding how to use it, because it probably feels a bit unnecessary. However, since there is no English equivalent for the personal “a,” it’s your job to grasp the ins and outs of this grammar rule as you will eventually need to use it. 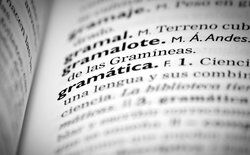 Getting Down and Personal

If you have studied direct objects in Spanish before, you probably remember that direct objects are the things or people receiving the action of a verb. For instance, when you say veo el carro (I see the car), “el carro” is the direct object. Pretty easy, right?

Now, things get a bit difficult when the direct object is a specific person as opposed to a thing. In English, for instance, you’d say, “I see Robert.” If translated literally, yo veo Robert would be a rather awkward sentence in Spanish. In this case, Robert is the specific object of the verb “ver,” which means you have to add the personal “a” after it.

Yo veo a Robert is the grammatically correct sentence.

There is nothing in English directly comparable to this structure. Yes, you will be understood if you leave out the personal “a,” but you have to get used to using it for proper grammar.

If there is more than one direct object that’s a specific person, you use the personal “a” for every one.

You should also know that even when the direct object isn’t a name, but it still refers to a specific person, you have to use the personal “a.”

Even though the friend is unnamed, you’re picturing a face in your head, right?

When Not to Use the Personal A

As you’ve probably realized by now, you aren’t supposed to use the personal “a” if you’re talking about an inanimate object or you’re using the verbs tener (to have) and haber (there is/are).

All in all, if you want to master this structure, you have to practice using it on a daily basis. Listen to native speakers, learn fixed phrases, and use it as often as you can. You’ll see the difference. Happy learning!