As a Spanish learner, you’ve probably realized that learning verbs is very important in order to improve your vocabulary along with your writing and speaking abilities. Verbs are the glue that holds sentences together.

When studying Spanish verbs, you’ve probably also noticed how there are regular and really irregular verbs every step of the way. Some of them are easy but some of them are not. Even Spanish native speakers sometimes struggle to remember or use the correct conjugation of a verb. However, you should never let this keep you from improving your skills. In fact, you have to use it as a motivational tool to propel yourself forward.

The main reason some Spanish verbs are hard to memorize is that some have surprisingly irregular conjugations or are accompanied by other parts of speech. Here are some of the most troublesome verbs in Spanish. 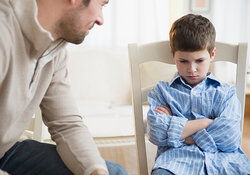 Right off the bat, this list wouldn’t be complete without this tricky verb pair that both mean “to be”. For many English speakers, ser is probably one of the most difficult verbs to learn even though it’s probably the very first one they learn. A good way to remember whether you should use ser is knowing that ser is always used to talk about permanent traits of a person or thing.

Yo soy muy amargado. - I am very grumpy.

Estar, on the other hand, is commonly used to talk about non-permanent states or traits of a person or thing.

While the meaning of this verb, “to fit,” isn’t really complicated, it is a rather irregular verb to watch out for. The first person singular form yo is irregular as well as the preterite form.

Soy tan alto que no quepo por la puerta. - I am so tall that I won’t fit through the door.

You would think that dar, meaning “to give,” is a pretty straightforward verb. It is, actually, a verb with multiple meanings, all of which can be observed if you add a preposition to it.

For example, if you add the preposition con to this verb it can mean two different things. The first meaning has to do with finding something. The second one is related to bumping into something.

No di con la solución. - I didn’t find a solution.

The main reason why satisfacer, meaning “to satisfy,” is a troublesome verb is the fact that it is extremely irregular. However, there is a good way to remember how it is conjugated. If you learn the conjugation of the verb hacer “to do or to make,” which has a similar structure, you’ll be good to go.

Ellos no satisficieron sus demandas. - They didn’t satisfy his demands.

This one is another verb whose meaning is changed when used with a preposition. It is normally translated as “to put” or ‘‘to place into.” However, if you add the preposition a it means ‘‘to start doing something’’ or ‘‘to become.”

These are just some of the most troublesome verbs in Spanish, but there are more out there that you may want to take a look at. As stated before, don’t dread them, and try to always find joy in learning the most challenging words in the Spanish language. You will not regret it.

And, when you're ready to kick back and relax, feel free to review this list of the 100 Most Common Spanish Words.