The idea of direct and indirect object pronouns might sound a bit complicated at first, but you probably know more than you think about them!

English also uses indirect and direct objects, and it even differentiates between subject and object pronouns. So keep an eye out for the similarities between English and Spanish and you will see that this aspect of grammar is actually much easier to grasp than it may seem at first. 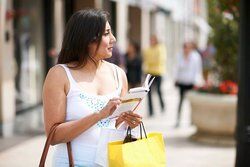 What Are Direct and Indirect Objects?

First things first. Before getting into the use of object pronouns in Spanish, you should quickly review what objects are in the first place.

In an English phrase like Lucy gifted the ball to Tom, the direct object, the ball, is gifted by the subject, Lucy, to the indirect object, Tom.

What Are the Object Pronouns in Spanish?

If you translate the sentence above into Spanish and say that Lucy regaló la pelota a Tom, all the participants (Lucy, la pelota and Tom) will still have the same functions (subject, direct object and indirect object, respectively) as in the English sentence. And, just like in the English sentence, you could replace any of those participants with a pronoun, saying that she gave it to him.

To learn how to do this in Spanish, you first need to learn what the Spanish object pronouns look like:

If this seems overly complicated, think back to how you use English pronouns everyday. Even though English doesn't differentiate between direct and indirect object pronouns, it does make a difference between subject and object pronouns (think about I and me).

How to Use Object Pronouns in Spanish

Now that you've learnt the proper object pronouns in Spanish, it's time to put them in use, but there are a few rules you should know before you start.

The first thing you should pay attention to is word order. Object pronouns in Spanish are usually placed before the verb (but after the subject). This means that Ella compró el libro(she bought the book) becomes Ella lo compró (she bought it).

There are a few instances where the object pronoun is attached to the end of the verb. These cases involve positive imperatives (when someone orders someone else to do something), infinitives and gerunds. For instance, ¡Compra el libro! (Buy the book!) becomes ¡Cómpralo! (Buy it!).

It is also worth noting that the indirect object often appears as both a pronoun and a prepositional phrase, leading to apparently redundant phrases like Sandra le dio el regalo a su madre (Sandra gave the present to her mother), where both "le" and "a su madre" refer to the same indirect object.

Indirect Objects and Preposition Use

Substituting Both Direct and Indirect Objects With Pronouns

Last but not least, be careful when you substitute both the direct and the indirect object with a pronoun. When you do this, the third person indirect pronoun becomes "se". For instance, she gave it to him is not *ella le lo dio, but instead ella se lo dio.

It's time to put everything together.

Remember that initial English phrase, Lucy gifted the ball to Tom? You should now be able to translate it into Spanish using object pronouns. It should read Lucy se la regaló (Lucy gifted it to him).

Let's try doing the same with some other phrases:

Use these and other examples to practice and really get the hang of Spanish object pronouns!