Questions are a great part of languages. They can make you think, they can spark a conversation, and they can even help you let someone know you care. So, here's a good question: How do interrogatives work in Spanish? The answer to that question, fortunately, is not too complicated. Let's start answering it by looking at the different types of questions. 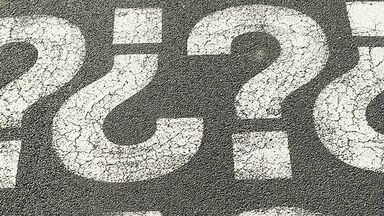 Yes or No Questions

These are the questions that will get you the simpler answers (yes, no, or I don't know). Accordingly, they are also the easiest questions to form.

To ask a yes or no question in Spanish, you simply put question marks around a normal sentence. It's that easy!

Take a look at some examples:

All these questions follow the traditional subject-verb-object order of Spanish (which happens to be the same order used in most English phrases). That said, it is possible to alter that order. The following questions are all correct and ask the same thing:

In spoken Spanish, you can differentiate yes or no question from regular sentences by their rising intonation. This means that the pitch of your voice rises as you finish the question.

Here are the most common question words in Spanish:

Although they don't affect the pronunciation, the accent marks in these question words are particularly important, since they are what sets them apart from relative pronouns, so don't forget to include them!

When a preposition is needed, it is always added before the pronoun:

Unlike yes or no questions, open questions do sometimes require an inversion in their word order. The question word or phrase is always followed by the verb. When the subject is not represented by the question word, it is added right after the verb.
Here are some more examples where you can see this in action:

By now, you have probably noticed that opening question mark. Spanish is the only major language to use it, and it is used at the start of every question. This means that sometimes it can appear in the middle of a sentence:

Although it might seem like an unnecessary nuance, it does have an advantage. When you're reading, that question mark tells you right away that what follows is a question, and you can adjust your intonation accordingly.

The ending question mark acts as a full stop. It shouldn't be followed by any kind of punctuation other than an exclamation mark, and the adjacent word is always capitalized.

Now that you understand Spanish interrogatives, start trying to ask some simple questions to use what you have learned.