Similar to the English verb, “to assist,” in some instances asistir can mean “to help.” However, it most commonly is used in a way that translates to “to attend” in English (“to attend an event,” for example).

Asistir is considered a formal verb in Spanish and is used sparingly in everyday conversation. However, just in case you are invited to a formal event or a wedding, it’s good to have a basic understanding of the verb. 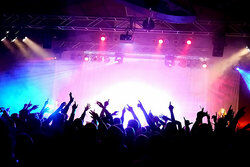 Before delving into the complexities of the meaning of asistir, here is a quick overview of its conjugations in several common verb tenses. Luckily, asistir is a completely regular -ir verb and follows all of the standard rules in all tenses.

Uses of the Verb Asistir

Asistir a un evento
Meaning, “to attend an event” this is the most common way that asistir is used. It’s rather formal, although you may hear it used to talk about attending concerts and university classes.

Asistir a alguien
Meaning, “to help/attend to someone” this is a formal term normally used with doctors and nurses. More commonly, you will hear the verb ayudar, “to help,” or atender a alguien, “to attend to/take care of someone.”

Now that you have an understanding of the verb asistir, you will be prepared for the first time you have to send an RSVP to a wedding invitation!