For such a short verb, dar sure has a lot of different and varied meanings in Spanish. It is usually translated as "to give", but it can also be used in quite a few other contexts, as you can see in the following examples: 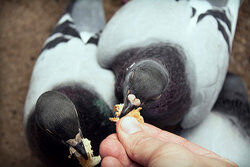 As you might expect from such a versatile and widely used verb, dar is irregular. However, learning it might not be as hard as you expect, since you will find no irregularities in the imperfect, conditional, and future tenses of the indicative mood. You can see this in the following tables and examples.

Learning to conjugate irregular verbs in Spanish can take some time, but, with its many meanings, learning to use dar is certainly worth it. Give it a try!