One of the most used verbs in the Spanish language, gustar, translates to “to like” in English. The verb gustar has a tricky and strict grammar rule attached to it that can sometimes be confusing to beginners. Keep this guide handy to learn its verb conjugations and grammar rules because it will quickly become an essential part of your Spanish vocabulary. 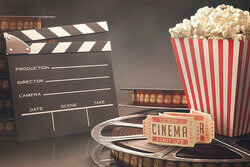 The grammar rules for gustar may be complicated but luckily, its verb conjugations are not! The verb gustar is a completely regular -ar verb and follows all of the standard rules in all tenses.

The Grammar Rules of the Verb Gustar

Rather than following the normal sentence structure of “Indirect Object (person) + verb + the Direct Object (object liked),” the verb gustar follows a special formula which looks like this:

The indirect object pronouns in Spanish are:

Sometimes it’s easier to think of gustar as meaning “to be pleasing” rather than “to like.” In this way, the verb gustar is conjugated for the object in the sentence.

Me gusta el pastel.→ The dessert is pleasing to me.
* In this sentence, the verb gustar is translated to agree with “el pastel” not the person.

Nos gustan los animales. → The animals are pleasing to us.
* In this sentence the verb gustar is translated to agree with “los animales” not the subject.

Les gusta la película. → The movie is pleasing to them.
* In this sentence the verb gustar is translated to agree with “la pelicula” not the subject.

With its complicated grammar rules, gustar might take a little extra practice to completely master. But, before you know it, you’ll be using it like a pro!