Haber is one of the most common verbs in Spanish, but, it also happens to have a rather peculiar behavior. There are basically two ways in which haber can act: 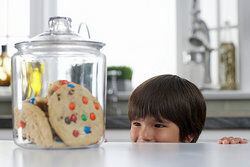 Haber as an Auxiliary Verb

Just like the English verb "to have,” haber functions as an auxiliary verb for perfect tenses. When working in this way, it will follow the conjugation patterns indicated in the tables below.

Other Uses of Haber

That said, haber can also work as a verb on its own. When it does so, it is usually equivalent to the English expression "there is.” When followed by que and an infinitive, it can also mean that it is necessary to do something.

When taking on any of these meanings, haber uses a different conjugation pattern, and it is conjugated in its impersonal form. With the exception of the Present, which has a specific impersonal form, this means the verb is used in the third person singular:

You might hear native speakers sometimes use the third person plural (for example, hubieron instead of hubo) but, even though it is gaining ground, this is considered to be grammatically wrong.

As is to be expected with many common Spanish verbs, the conjugation pattern of haber is irregular. Take a look at the following tables and examples to learn how to use it.

Keep in mind that these forms apply to the use of haber as an auxiliary verb. When using it with other meanings, you will have to use its impersonal form (third person singular other than in the present tense).

Haber is one of the most useful verbs you will learn, as you will need it to use all the perfect tenses in Spanish. For that reason, make sure you practice its use until it becomes second nature!