Leer is a very common verb in Spanish and you will run into it quite often. The good news is that its meaning is actually quite simple for English speakers, as it is used much in the way that "to read" is. 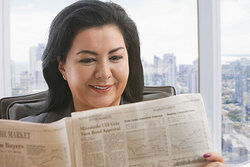 I read the newspaper every day.
Advertisement

When it comes to its conjugations, though, leer gets a bit more complicated. Luckily, it is far from being the most irregular verb in Spanish. As you will see from the following tables, the only tense of the indicative mood where leer shows major irregularities is the preterite.

As you can see, learning to use and conjugate the verb leer isn't that hard, and you will find plenty of chances to use it!