In Spanish, you use pedir when you need something from someone else. Its most common meanings are "to ask" in phrases like pedir ayuda (to ask for help) and "to order", in phrases like pedí dos libros a Amazon (order two books from Amazon). 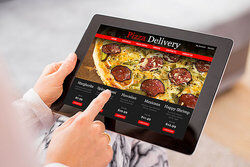 Depending on the context, it can take on other similar meanings like "to beg" (había gente pidiendo en la calle - there were people begging on the street) and "to pray" (pido por todos los damnificados por el huracán - I pray for all those affected by the hurricane).

Although pedir is irregular, its conjugation is still quite predictable. You just need to look out for some changes in its stem, which can go from ped- to pid- as you will see in the examples below.

Can you think of other phrases where you might use this verb? Practice them along with the examples above to learn how to conjugate this useful Spanish verb.