Poder is a verb of ability and possibility. It is equivalent in meaning to the English modal verbs "can" and "may", although it can also be translated as "to be allowed to" or "to be able to," among other similar expressions. 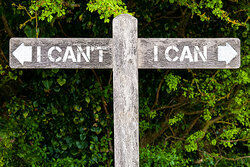 It is often followed by a second verb in the infinitive, as you can see in the following examples:

When it expresses possibility, it can also be followed by que in impersonal structures:

As an irregular verb, poder can change quite a bit depending on what tense it is conjugated in. In some cases, it even shows some irregularities in its stem, as sometimes happens with Spanish verbs. The following tables and examples will help you learn how to conjugate poder properly, so you're not caught off guard by its irregular forms.

Think of how often you use words like "can" and "may" in English, and you will understand how useful it is to learn the use of poder. So, even if it is an irregular verb, learning its conjugations will surely be time well spent!