Poner is a common irregular verb in Spanish and important to know how to conjugate. In addition, it is a very polysemic verb, which means it can have a lot of different meanings. As a matter of fact, the American Heritage Spanish dictionary lists numerous meanings for poner. Here are some of the most commonly used ones: 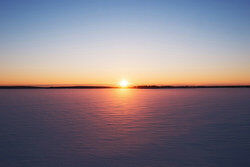 The sun set at 7 P.M.
Advertisement

On top of its many meanings, poner has the added complexity of being a strongly irregular verb. With that in mind, study the tables and examples below carefully.

As complicated as the conjugation of poner may seem, it's a very common verb, so you'll be using it so often that soon you will find yourself conjugating it without even thinking about it.