In general, you could say that the Spanish verb seguir has two primary meanings: to follow and to continue. The latter can sometimes be translated as other similar English verbs such as to go on, to keep going or to carry on. As you will see below, in some cases this idea of continuing is translated into English using "still" and a gerund. 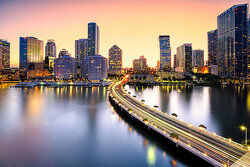 Are you still living in Miami?
Advertisement

Seguir is an irregular verb, and you will notice that in some cases its stem, seg-, changes to become sig-. Other than that, though, seguir is pretty regular, as you can see in the tables and examples below.

What are some things you wish you could keep on doing? Try writing about them in Spanish and keep practicing the use of seguir until you feel comfortable using it in any situation.